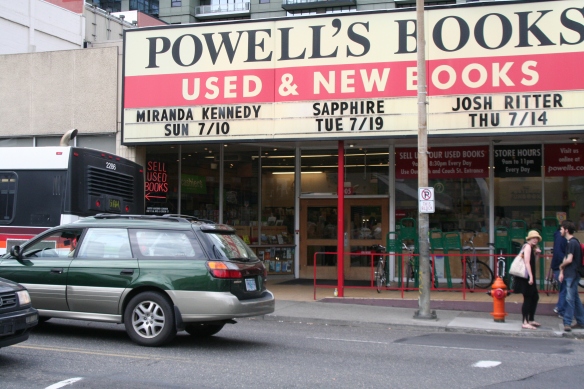 For two days before we hit Powell’s Books in Portland, I racked my brain to remember the book I desperately wanted to buy there. Really–I saved the buying of this one book for the biggest bookstore experience I was likely to have in a long time. What author doesn’t want to roam the various colored rooms and floors of Powell’s? Desperately I begged my children to tweeze the title of the book out of me as we approached the store. I moaned. I complained. I swear I almost ranted! Goodness. A very long forgetful moment ended in everyone purchasing something except me–my two sons being especially booky that day. I’m sure there’s a moral in there somewhere 🙂

The Surprise of Snow 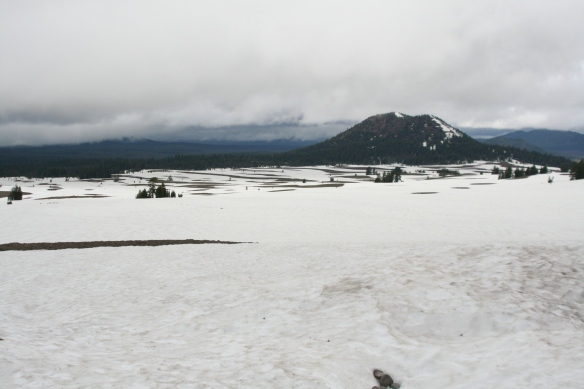 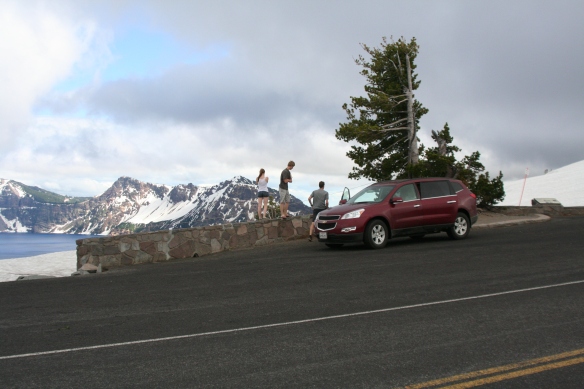 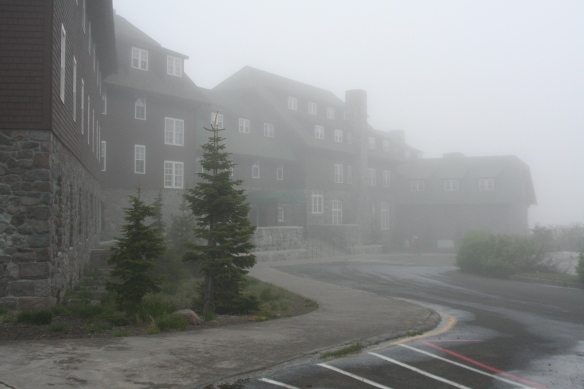 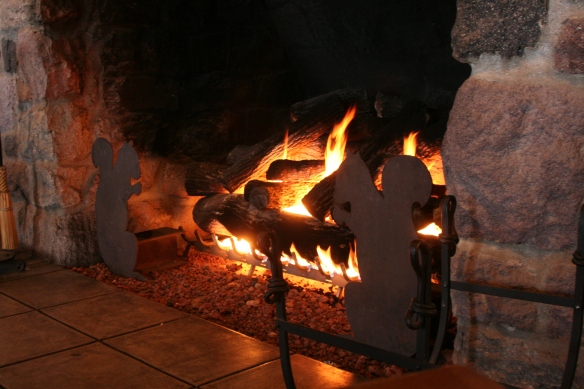 This whole road trip we’ve been carting around our tent, cooler, and sleeping bags, for this one opportunity we’d planned to camp–at Crater Lake National Park. We stopped in Bend, Oregon to stock up on food, and arrived in the park in the late afternoon.

I was more than mildly surprised that we left summer behind just a few feet into the park. By the time we reached the rim of the crater and stared into the almost 2,000 feet of blue water below us, there were snow banks all around, the chilly air nipped at our bare arms and legs, and I was already talking about crocheting sweaters, hats and mittens out of the extra wool I had by my feet. Indeed, my daughter talked me into quickly beginning a green beanie.

Then, plenty of comedy. Most of the campsites were flooded from the snow melt. The kids were going over protocol if you meet bears (of which there are plenty in that place) while we circled in and out of campsite A, B, C and D, then A again, and B, and C and D again–John Ronan was playing the harmonica–and Douglas and I kept glancing at each other with those knowing looks that come with 23 years of marriage. The fork in the road came when we chose a campground, got out to inspect it and were swarmed by massive, monstrous mosquitos. There were thousands, and we are wimps.

Into the car–over to the lodge for a very pricey sit by the fire and dinner. And just like that, we left the park, making vows of Next Time.

Next Time–we will actually read about the park and know its geographical features.

Next Time–we will show up to find a campsite in the morning like all the other seasoned camper-outters.

Next Time–we will make reservations to simply stay at the lodge. 🙂 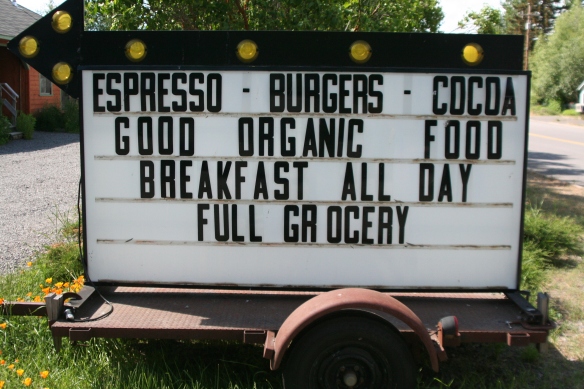 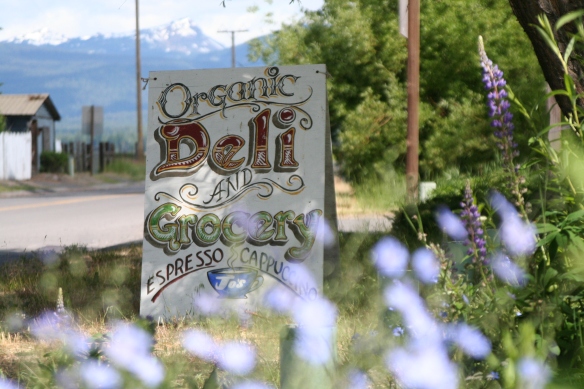 So, we drove out of the park to find a place to stay that was wimp-proof. On the road we encountered the most beautiful valley, filled with that soft evening light that even makes cows glow with glory. We pulled over and snapped a few photos of this new place…

Then, the first town we encountered, Fort Klamath, had a funky little motel and a vacancy sign in the window. It was late-ish, but we found a clean and comfortable room at Jo’s Motel, equipped with organic coffee, bunk beds, views to the sheds out back, and a complimentary copy of The Secret of Roan Inish.  All in all–perfect! We drank tea and cuddled and watched the movie of the little seal and the little boy and the little girl who swim and boat back and forth to the island of the seals… My John Ronan doesn’t really get it yet, but his name, Ronan, means little seal in Gaelic.

From Portland and all its city-ness (plus Powell’s–and 30 miles out of the city I remembered the title of the book!), to Crater Lake that boasts 54 feet of snowfall this last year and the biggest mosquitos I’ve ever seen, to Fort Klamath and Jo–and her earthy hospitality, I’d say I’d like to spend a lot more time in Oregon.

But this road trip is coming to an end. We’re all speaking of home, and laundry, figs on the tree, and seeing friends… It’s been a long and beautiful road, this loop to Nebraska and back. California here we come!