Every year when I order stalks of wheat to weave for Saint Brigid’s feast day on February first I end up with many leftover heads of wheat. I snap the heads off the stalks then put them into a bowl and leave them on my counter because they’re so unusual and lovely. 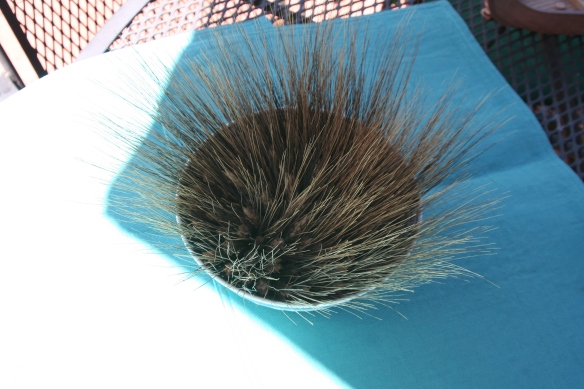 This year during Lent I wanted to grow another indoor plot of wheatgrass for all of us to watch turn from seed to new life. It shows in such lovely form the sacrifice that Christ made on our behalf. Have you read this parable lately?

Truly, truly, I say to you, unless a grain of wheat falls into the earth and dies, it remains alone; but if it dies, it bears much fruit. John 12:24

So we took those old heads of wheat that I’ve been saving (in years past I’ve simply bought wheat kernels in bulk at the health food store) and started to dismantle them one seed at a time.

Each stalk holds between 30-50 kernels of wheat. We counted. 🙂

The chaff and the seeds. I don’t know why, but it makes me think of the sheep and the goats. 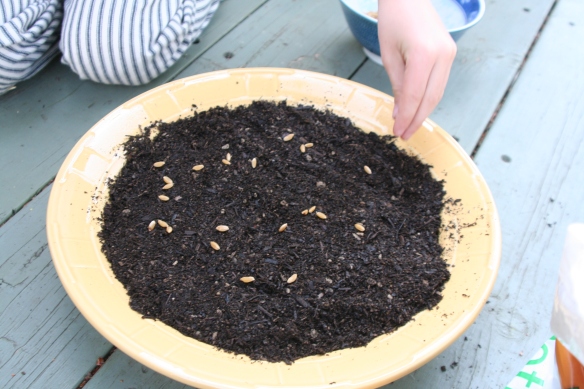 We prepared a bowl of soil that we could keep indoors and sprinkled our seeds fairly thickly on top of the dirt. We covered the seeds with a bit more soil and watered.

The wheat seeds sprout quickly, within a few days. And in no time your wheat needs a haircut!

And then the Vikings invade. At least they always seem to in our house. 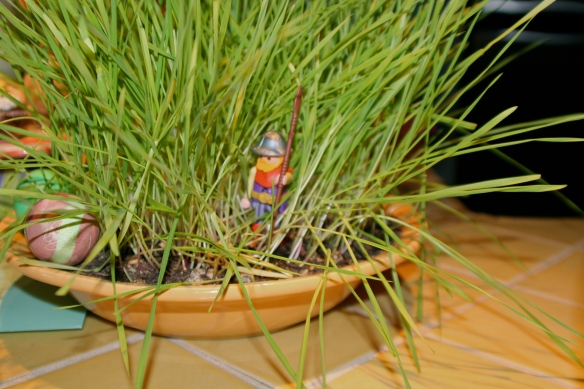 We don’t mind, though. We like Vikings. And despite what you might think, they sing Christ is Risen just about as loud as the Greeks! Amazing.

Hoping you play with your food, too…

Some links on growing wheatgrass:

9 thoughts on “Ingredients :: Wheat to Wheatgrass”